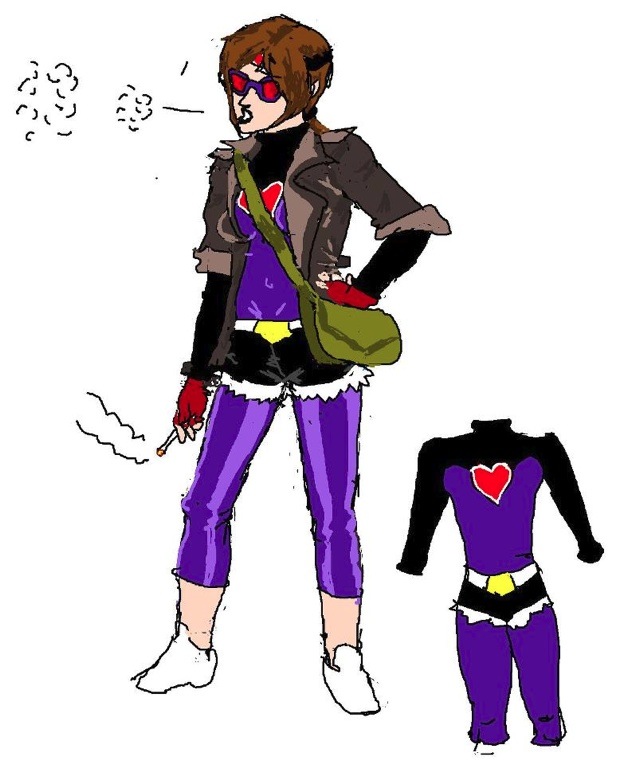 HEIGHT: small, she doesn’t seem dangerous at all

She has superhuman abilities like super strength and super velocity. The problem is that she can only use them in stressful situations or if someone makes her angry (like the Hulk). She is an average fighter when her powers are off.

Layla has great power but she doesn’t want to be a superheroine. She doesn’t like to fight at all.

She feels very guilty because of her inability to control her powers, causing unintentional injuries to her friends and family (like Rogue) when she was younger. For that reason she is a lonely person, traveling the world seeking internal peace, escaping from enemies who would try to recruit her into their own team (knowing her emotional instability).

What makes her different is that she doesn’t show her vulnerability. She hides her feelings and has no relationships with people because she doesn’t want to hurt anybody. She doesn’t want to have anyone near. Layla is a rock and roll pacifist and would regularly take a massive beating from her enemies in order to avoid fighting back – but her bad attitude always appears at the right moment to wake her up and kick everyone’s butt. What it most scary is that nobody knows how far her power can go if she doesn’t restrain herself.