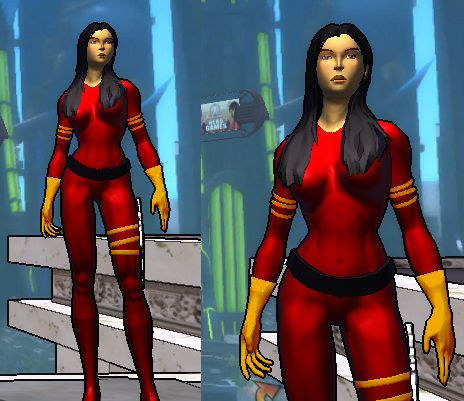 Standard martial arts with Dim Mak striking added in (Dim Mak is the infamous multiple palm/forefinger death strike from the old kung fu films; hers is non-lethal, however).

Despite her powers and martial arts skills, she is relatively weak and has suffered multiple broken ribs, causing her body to be the target when someone fights against her.

Lìxúe Zhèng was born a normal, healthy baby in Shanghai in the late 80s. Growing up a normal, somewhat privileged life in communist China, Lìxúe was seemingly like any other girl – until the government noticed her growing abilities.

Things all changed as she hit 18. One night the communist-led country attempted to kidnap her for a special super-soldier program, but she wasn’t home. Rather, she was on her way home and as she came to her house, she heard nothing but gunshots and screaming as her parents were murdered.

Living on the streets, she quickly had to adapt to her constantly growing powers; living in a corrupt area of Shanghai, she found herself fighting to change the area.

One day she caught a random radio message. It was a duress signal, and all she could make out was “Elite Force.” It was then that she had a premonition, seeing herself walking around London, fighting those deemed evil. The premonition kept happening, and it stayed in the back of Lìxúe’s mind.

She knew that she could do something to help, but it meant leaving her home, China, for somewhere else. One half of her wanted to stay, the other wanted to stop running from the Chinese Government…

And so her NGC adventure begins.