OUT on Friday for Members, Sunday on this website – ‘Dimensional Rip’ stars Wonderstrike & Majesty in a team-up video against two very strong and dangerous villains. Requiem, stranded on Earth, is keen to make use of a gadget that detects inter-dimensional tears in order to re-open trade and dimensional travel. She’ll need to test this device, and also some muscle to help her, so she rescues The Anvil from imprisonment with the Crown Prince and the Deceptress. She has been tracked by Wonderstrike however, who aims to foil her plans. With Majesty along for the ride, a big fight ensues! 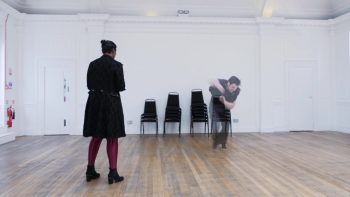 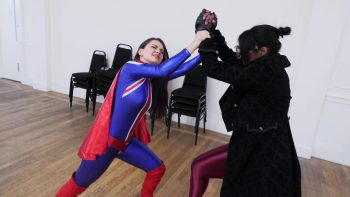 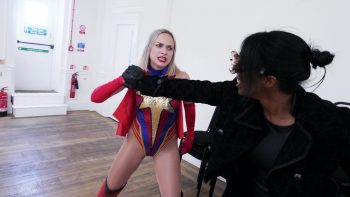 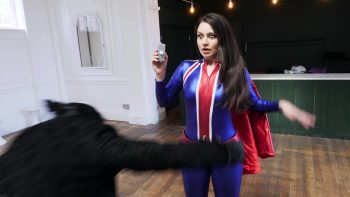 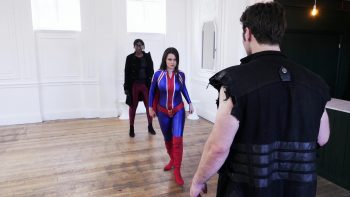 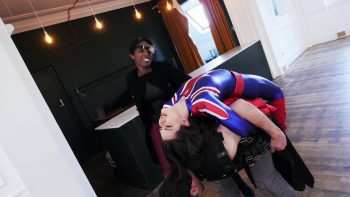 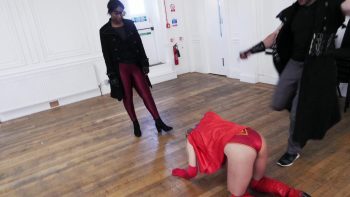 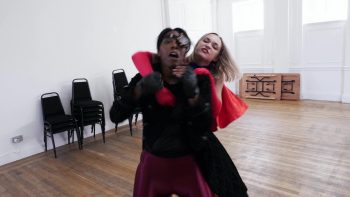